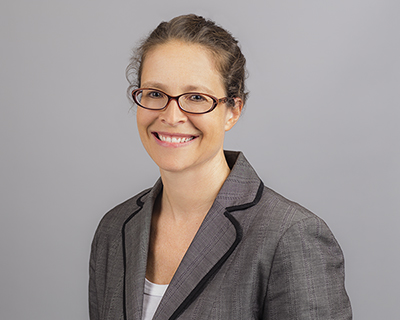 Gretchen has practiced family law exclusively for 18 years and is a Certified Family Law Specialist with the California State Board of Legal Specialization. She is a principal of Hersh FamilyLaw Practice and her practice includes but is not limited to dissolutions, legal separations, actions under the Uniform Parentage Act (UPA) and Domestic Violence Prevention Act (DVPA), annulments, and all issues related to child custody, child support, spousal support, property division, premarital agreements, and postmarital agreements.

Gretchen serves regularly as a mandatory settlement conference master for the San Francisco County Unified Family Court and bench/bar settlement panelist for the Marin County Superior Court, Family Law Division in addition to serving as a volunteer Attorney of the Day for the San Francisco County Unified Family Court law and motion calendar and Marin County Superior Court self-represented litigants’ calendar. She provides domestic violence representation training to attorneys at other law firms and she is a member of the State Bar of California, San Francisco Bar Association, Marin County Bar Association, and Queen’s Bench.

Gretchen discovered her calling for promoting social justice and helping those in need of access to legal services at an early age. In 1990, Gretchen was granted the first of three coveted and competitive internships with the San Francisco District Attorney’s office while she was still an undergraduate political science major at the University of California, San Diego. She was the only non-law student accepted to her program. It was at the District Attorney’s office where she received her first formal training in domestic violence advocacy. During her initial internship, Gretchen was selected to investigate the strengths and weaknesses within the then-current system of addressing domestic violence issues in San Francisco and presented her findings to a San Francisco task force and representatives of the District Attorney, Public Defender, police department, fire department, as well as other city and county agencies, to assist these agencies in developing consistent and more effective domestic violence protocols and training.

Gretchen was granted a second internship with the San Francisco District Attorney’s office in 1993, again as the only non-law student in the program. She served as a Family Violence Project Victim’s Advocate Intern within the Domestic Violence Unit and educated domestic violence victims regarding their legal rights and available remedies and acted as a liaison between victims and the District Attorney. Gretchen then volunteered extensively as a crisis counselor from 1993 to 1995 with La Casa de las Madres (The Home of the Mothers), the venerated Bay Area non-profit organization which provides intervention, prevention, shelter, and other supportive services to victims of family violence and their children. Her experience as a Victim’s Advocate Intern and with La Casa de las Madres solidified her decision to attend law school to enable her to effect a more direct and powerful impact in her clients’ lives by advocating for their individual legal rights and needs as an attorney.

While attending Golden Gate University School of Law, Gretchen not only worked to support herself through law school, but also interned at the Battered Women’s Alternative Legal Advocacy Program in Contra Costa County (now named Stand! For Families Free of Violence), where she helped victims obtain restraining orders and related legal assistance. Gretchen was Chair of the law school’s Public Interest Law Foundation from 1996-1997, completed her third internship with the San Francisco District Attorney’s Office, Domestic Violence Unit in 1997, and interned with the Family and Children’s Law Center in 1998. Gretchen received her Juris Doctorate degree and Public Interest Law Specialization Certificate in 1998 and was admitted to the California State Bar in December of that year.

Before joining Hersh FamilyLaw Practice in 2007, Gretchen developed and honed her skills as a family law attorney at the Support Network for Battered Women in Santa Clara County and the Family and Children’s Law Center in Marin County. Her nine years as an attorney working with these two non-profit organizations provided her with extensive family law litigation and settlement experience in all aspects of family law, not only as an advocate for her clients, but also as an educator and trainer for junior attorneys, legal interns, volunteers, and law enforcement. Gretchen created a Victims Advocacy Training Manual during her work with the Support Network for Battered Woman and was awarded two Wiley W. Manuel Awards for pro bono legal services and two Marin County Board of Supervisors’ Resolutions for volunteer services for her work with the Family and Children’s Law Center.

Gretchen is a fearless, dedicated, and compassionate family law advocate.

This website is designed for general information only. The information presented at this site should not be construed to be formal legal advice or the formation of a lawyer/client relationship.